The University of the West of Scotland’s (UWS) Lanarkshire Campus has scooped a second prestigious prize. 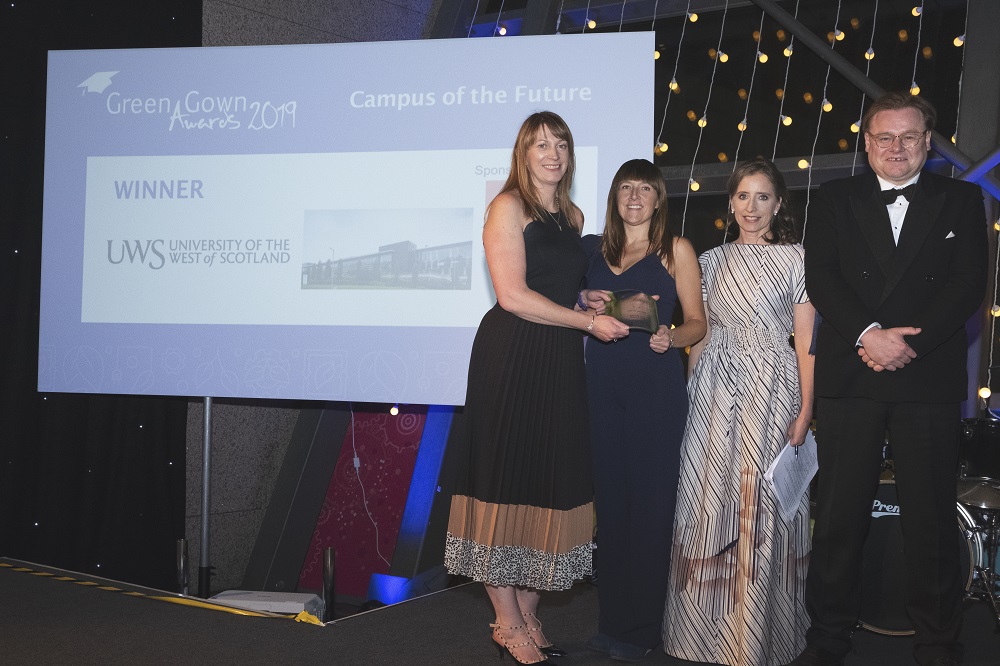 The Green Gown Awards focus on innovative and inspiring sustainability work carried out by universities and colleges across the UK and Ireland. The 2019 finalists represented over 1 million students and 162,000 staff.

UWS Lanarkshire was named Campus of the Future at this year’s awards ceremony, which took place at Glasgow Science Centre on 26 November.

The culmination of a two-year project and £110 million investment, UWS Lanarkshire Campus opened its doors to staff and students in the summer of 2018 and since then has represented a step-change in the delivery of higher education in the UK.

Shortlisted alongside University of Worcester, Northumbria University, University College London and University of the West of England, the Green Gown judges commented on the collaboration and consultation that fed into the project, and felt that it had “potential to be a leading case study for the sector”.

Professor Craig Mahoney, principal and vice chancellor of UWS, said: “UWS Lanarkshire embodies the changing nature of learning and teaching; and is designed with students and staff at its heart. I am delighted that the campus has been recognised for the second time this year as a benchmark in Higher Education and a true sustainable campus of the future.”

Sustainability is at the very heart of UWS Lanarkshire. The campus is powered by 100% renewable energy from nearby Blantyre Muir windfarm and features rainwater harvesting technology meeting 89% of campus water demand, photovoltaic panels, sustainable food initiatives such as coffee beans roasted on-site, sustainable cleaning regimes  without using chemicals and with methods that reduce water and energy, and a range of sustainable travel initiatives including cycle facilities, electric vehicle charging points, a car share scheme and enhanced public transport provision.

The building is also smart, and harnesses technology throughout to maximise efficiency and minimise energy waste, resulting in one of the UK’s greenest educational environments. 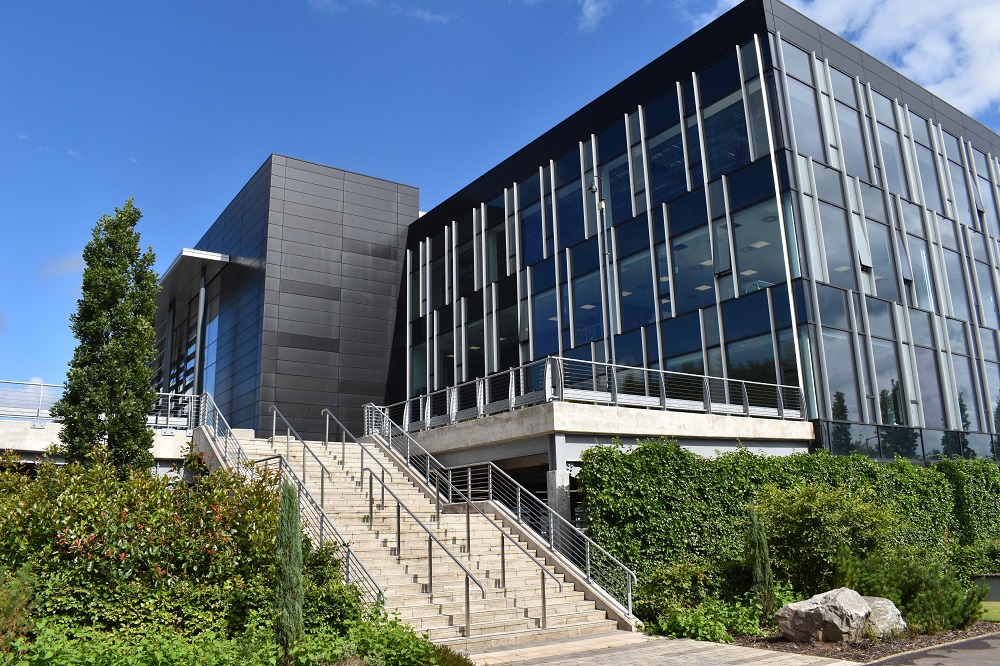 Based in Hamilton International Technology Park, UWS Lanarkshire Campus incorporates 26,000 square metres of flexible space, serving more than 4,100 students and 200 staff. The campus was initially designed as office blocks, built to shell and core in 2012 but never occupied. UWS recognised the potential to make a truly sustainable campus, choosing existing buildings for ‘adaptive reuse’ was a significantly more sustainable solution than new build.

The campus includes Scotland’s newest simulated nursing and midwifery teaching environments and an extreme environments laboratory, one of only two in the country and the only one in the west of Scotland.

The campus also boasts hi-tech biomechanics and specialist sports labs, a 236-capacity auditorium, a conference space for up to 128 people, as well as areas for individual and collaborative working, and a state-of-the-art health and fitness centre, which offers free memberships for all students.

UWS Lanarkshire embodies the University’s vision to provide student-centred, personalised and distinctive learning and teaching experiences, abandoning traditional lecture hall layouts and enclosed classrooms, recognising that physical and digital spaces both shape learning. It provides an open, technology-rich, immersive and interactive environment which is responsive to students’ need for both online and face-to-face collaboration and is open 24/7.

By blending modern teaching methods and contemporary learning environments, underpinned by a commitment to sustainability, the resulting campus is fully-equipped to evolve in the future, facilitating work and study in a flexible environment fit for today, and for future generations.

The Green Gown prize is the second major award win this year for UWS Lanarkshire Campus, which in April was recognised as the most sustainable and inspiring higher education building in the UK at the prestigious Guardian University Awards.

Tags: South Lanarkshire, University of the West of Scotland