Scottish Water has reached a major milestone in its £30 million upgrade of water services in the Scottish Borders. 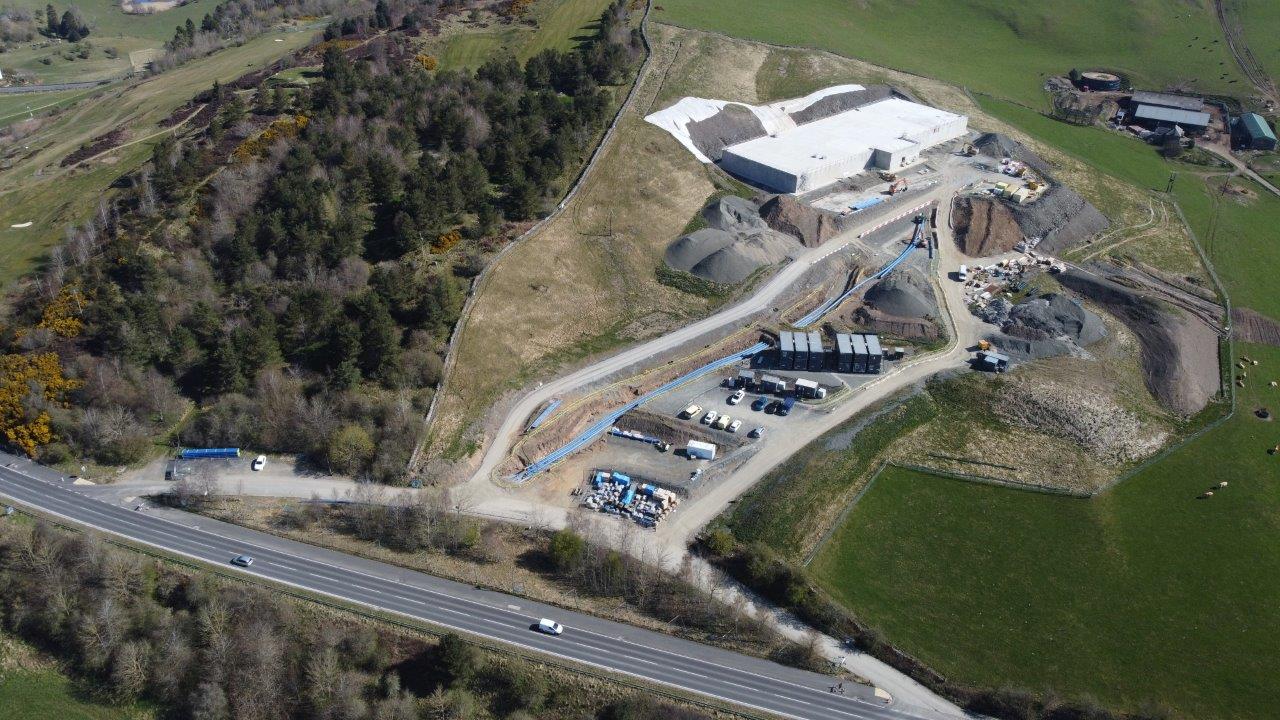 Drone footage shows the ‘last pour’ of concrete onto the roof of the new clear water tank being constructed just off the A7 near Selkirk.

Over 20,000m3 of rock was excavated from the site to create the base footprint for the tank. The rock was crushed and re-used on site taking away the need to remove it and helping support Scottish Water’s drive to Net Zero carbon by 2040.

The new tank will store water after it has been treated and will monitor the quality of it before it goes into supply. It will provide additional strength in the network if there are any issues elsewhere. Once completed, the tank will be landscaped to blend into the hillside. The work is being carried out by the utility’s alliance partner ESD.

The drone footage was captured by ESD Site Engineer Andy Parlane, who took up drone filming as a hobby but has found it to be a very useful way to capture progress on this major construction project. 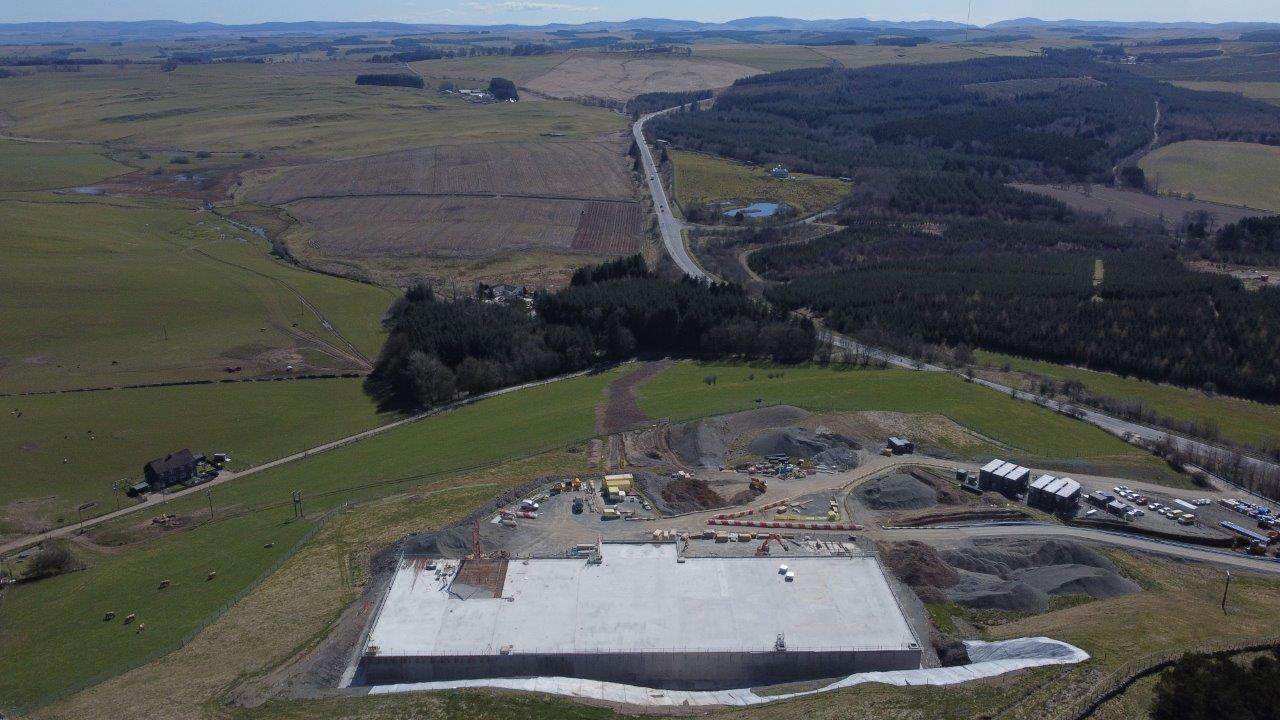 Craig Horsburgh, project manager for ESD, said: “There were many concrete pours involved in the construction phase - with a total concrete pour volume amounting to over 3580m3. This final pour delivers a key milestone for this project. The drone footage and aerial photography has been instrumental for visually sharing the progress of this project especially during the last year when movements have been restricted due Covid.”

Now the main construction of the tank itself is complete, work will begin on the pipework which will connect to the new tank and supply it with treated water from Howden Water Treatment Works, currently being upgraded by ESD. This part of the project is due to completed by the end of the year.

Scott Fraser, corporate affairs manager at Scottish Water, added: “The drone footage is a fantastic way to a get a bird’s eye view of construction in action and gives you a real sense of the huge scale of the works. This is a really significant investment for the Scottish Borders, so it is great to see how well it is progressing.”

Work on the seven-mile pipeline which will connect the Manse Street Water Treatment Works to the new water storage tank was completed in August last year. The new treatment works at Howden is expected to be in service by August next year.

As part of the wider works, Manse Street Water Treatment Works to the west of Galashiels, will be switched off next year and converted into service reservoir. This will help to improve flows in the Caddon Water during drier summer periods.