The start of construction on what will become Scotland’s largest hotel was marked on Friday by a ground-breaking ceremony at Candleriggs Square in the heart of Glasgow’s historic Merchant City, heralding the £300 million transformation of one of the city’s most prominent development sites. 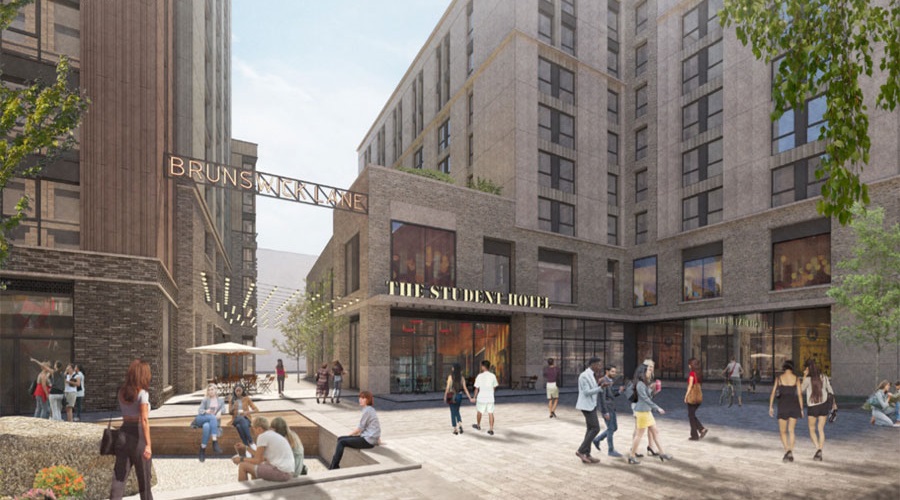 The hotel forms the first development phase of the much-anticipated regeneration of the 3.6-acre Candleriggs Square site now being delivered by a joint venture between Drum Property Group and Stamford Property Investments.

The Student Hotel (TSH) is a pan-European investor, developer, owner and operator of a ‘hybrid’ hospitality concept combining accommodation, co-living and co-working spaces with restaurants, bars, gyms, retail outlets and meetings and event spaces. The company has launched 15 hotels in many of Europe’s most high-profile city centre destinations - including Amsterdam, Florence and Berlin.

The opening of The Student Hotel in Glasgow will mark a significant personal milestone for TSH founder and chief executive, Charlie McGregor, who was born and raised in Scotland before setting up the company in 2006.

Welcoming the construction start, he said: “Today marks the first step of what will become Scotland’s largest hotel, bringing with it our pioneering hybrid hospitality model that will introduce something very different and very exciting to the UK market. On a personal level, I am thrilled that the first TSH in the UK will be in Scotland and that our brand is finally ‘coming home’.

“Candleriggs Square, in the very heart of Glasgow’s historic Merchant City, provides us with the perfect location. We are very pleased to be active partners of hugely collaborative effort to regenerate this magnificent part of the city centre. We hope this will provide the perfect entry for The Student Hotel into the wider UK market and look forward to progressing our national development.”

Bound by Wilson Street, Hutcheson Street, Candleriggs and Trongate, Candleriggs Square is regarded as the last and most significant piece of the Merchant City regeneration jigsaw. Originally home to Glasgow’s flourishing fruit and vegetable market, for most of the 20th century it was used as a department store before remaining unoccupied and derelict for more than two decades, following the closure of the last operator there in 1999. 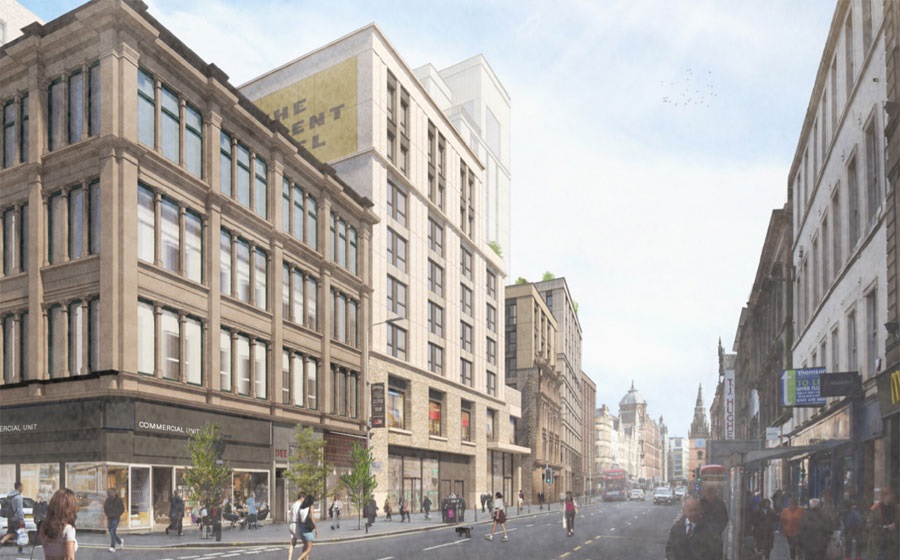 Following the TSH start on site, the next development phase will be a 346-apartment Build-to-Rent scheme delivered on behalf of Legal & General, with construction beginning shortly.

“Now, more than ever, we are committed to progressing our plans as soon as we can,” he said.

“For the last 20 years, the site has lain neglected and unused, becoming an unattractive gap site in an otherwise vibrant and thriving neighbourhood. The development will return Candleriggs Square to what it always was – a bustling market-place full of life, vitality and interest and intrinsically linked to the rest of the city centre, bringing with it a significant and timely boost for both the local and national economy. High-quality housing, hotels, local amenities and open spaces will combine with new pedestrian links throughout the site, making the whole Merchant City more accessible, welcoming and exciting for people living, working and visiting the area.” 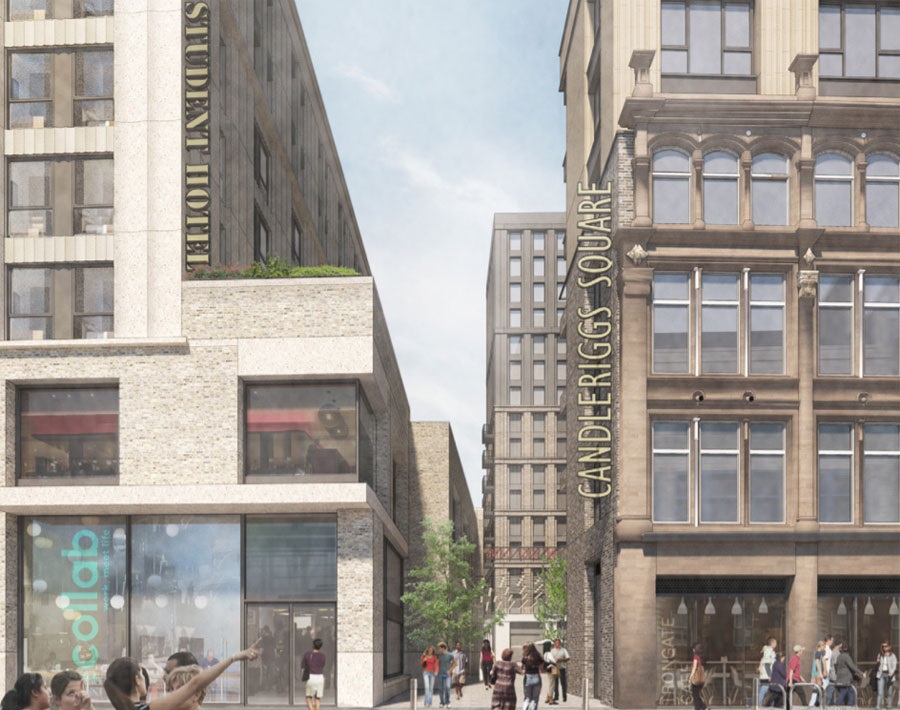 Glasgow City Council initially approved plans for the hotel in May 2020, as well as granting approval for ‘Planning Application in Principle’ for the entire 3.6-acre site. The hotel will mark the beginning of the development proposals which will eventually deliver a high-quality mixed-use scheme combining homes, offices, hotels, restaurants and local amenities with landscaped open spaces and accessible walkways, together with a new public square at the heart of the development.

Council leader, Councillor Susan Aitken, added: “Glasgow needs a city centre that is an attractive place to live, work, study, visit and invest – and the regeneration of Candleriggs Square can play an important role in delivering on all of those aims. The start of construction is very welcome, bringing new life to a key site that has lain vacant for a considerable time. We can also look forward to further stages of the development bringing economic and social benefit to the Merchant City’s residents and businesses – and contributing to a wider renewal of the city centre.”