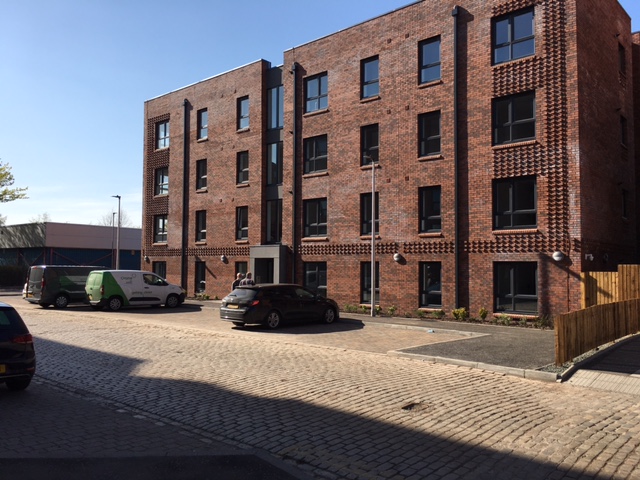 In April 2019, Triple Point announced its investment in the scheme, developed by HB Villages (HBV), with construction officially started by Deidre Brock, the MP for Edinburgh North and Leith.

Twenty-four new supported housing apartments have been built on West Bowling Green Street in Leith, which are specially adapted to provide long-term homes for people with physical disabilities, learning disabilities and other complex care requirements. Residents will be referred to the scheme by the Edinburgh Health and Social Care Partnership based on significant local need, with care provided to residents by Lifeways, and housing management services provided by Inclusion Housing.

The £5.4 million scheme, called Heron Court, is the first of its type in Scotland and has been developed by HBV, a specialist supported living developer, using funding from Triple Point.

Triple Point uses private capital to acquire, or fund the development of, newly built or newly renovated housing in the community for people with long-term care needs whose rent is funded by government. It said this type of housing has been shown to improve the wellbeing of people moving out of institutional care settings, while saving the government money.

Triple Point’s portfolio has over 450 properties providing homes for over 3,000 residents. Based on strong demand, Triple Point is looking to invest in more supported housing schemes like Heron Court across Scotland and the rest of the UK.

Max Shenkman, head of property investment at Triple Point, said: “We are delighted to announce the completion of Heron Court. The development will allow people with disabilities and complex care needs to live independent lives in high-quality and carefully adapted apartments. Triple Point is committed to investing in projects that deliver a positive social impact, and Heron Court will provide homes in the heart of the community to support some of Edinburgh’s most vulnerable people. With more Scottish developments in the pipeline, we look forward to delivering further positive impact in the area.” 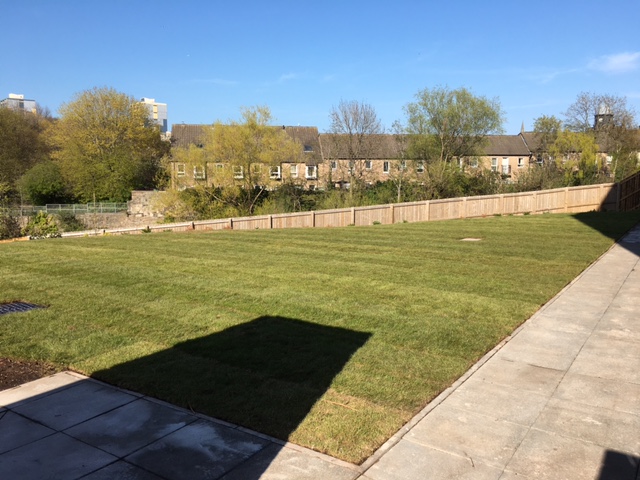 Oliver Carroll, development director of HBV, said: “We are delighted to complete delivery of this special scheme in the heart of the community. We have had tremendous support from officers at Edinburgh City Council who are responsible for delivering specialist supported care across the city. Everyone we have worked with on delivering Heron Court recognises the need for modern specialist supported living accommodation for Scotland’s most vulnerable people. We are tremendously excited by all the interest that is being shown in this particular scheme and we are already progressing discussions with other local authorities and funding partners to deliver more like it in Scotland.”

Judith Proctor, chief officer of the Edinburgh Health and Social Care Partnership, said: The completion of this scheme – less than two miles from Edinburgh city centre and less than two years after works began – is a remarkable achievement and a great example of collaboration between the public and private sectors Accessibility and technology are two important features of the design of the building which will enable residents to live more independently. Many of the residents will have keys to their own front door for the first time which will be a tremendous boost to their independence and a positive impact on their lives.”

Edinburgh’s Lord Provost, Frank Ross, said: “This is a brilliant example of a new-build development that blends seamlessly into the surrounding environment and community not just physically but emotionally as well. It is important that we continue to place great emphasis on solving the housing requirements of people in Edinburgh who need extra support and give them the opportunity to live as independently as possible.”

Deidre Brock, MP, who officially started works at the site in 2019, said: “The completion of this development is another important step towards ensuring the most vulnerable in our society are well looked after in accommodation that properly suits their needs. I’m really looking forward to seeing folk move into the scheme over the next few months and making their home here in Leith.”